In 1911, the White Star Line introduced the first of a trio of giant new liners, the Royal Mail Steamship Olympic. Olympic was the largest steamship ever built at the time of her maiden voyage. She could carry 2400 passengers and had a crew of 900. She was built to sail on the lucrative transatlantic route between New York and England. She was almost 900 feet in length and had a draft (the distance from the waterline to the keel, the bottom of the ship) of 35 feet. At the time the piers in New York City were too short to accommodate Olympic and her sisters, so a construction project was undertaken to lengthen the piers. These became New York’s famous Chelsea Piers. This will not be the last time we see infrastructure lacking when it comes to the introduction of new, larger vessels. Incidentally, you may be more familiar with Olympic’s younger sister – the R.M.S. Titanic.

Steven Murphy is our Director of Sales and Operations for Global Vision Group. He has been with our company for 6 years and has been a valued asset. His hobbies include expanding his knowledge of World History, Ships, Planes and he enjoys traveling with his wife Natalia. 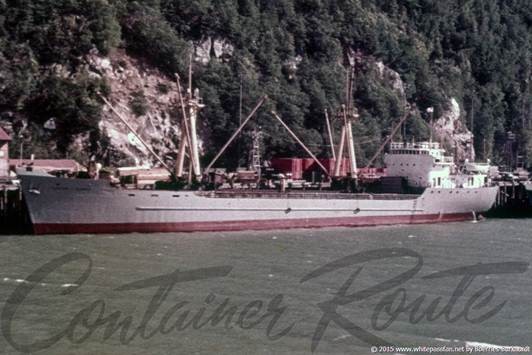 Late in World War Two, the first containers were used to ship material to the fighting troops in Europe and the Pacific. The modern container was introduced in the mid 1950’s, by shipping pioneer Malcolm McLean. In 1955, the first ship built to haul containers the S.S. Clifford J. Rogers entered service in Montreal, Canada. She was 335 feet long and could carry 600 containers. In the 1950’s and 60’s, many Ocean Liner companies transformed into present day container shipping companies. Hamburg America Line and North German Lloyd became HAPAG Lloyd, The French Line became CMA/CGL and American President Lines became APL. These new companies, along with competitors like Maersk, Evergreen and OOCL rode the wave of container imports from Asia that started in the late 1960’s and continues today.

It’s All About That Draft

The biggest problem for the East Coast ports and the new Post-Panamax vessels coming through the expanded Panama Canal is draft. Many of the East Coast ports only have a draft of 40 feet, so they currently cannot accept the larger Post-Panamax vessels. The river channel in the port of Savannah is being deepened, the port of Charleston is also expanding and the port of Miami is calling it’s project Deep Dredge, all in an effort to be able to accept these new vessels. Norfolk, Baltimore and New York can already handle these ships, but $1 billion is needed to raise the Bayonne bridge in New Jersey before these new vessels can pass underneath. From the Chelsea Piers in 1911 to the Bayonne Bridge in 2015, it’s all about size.

Other problems also exist with these newer, bigger ships. They burn a heavy marine fuel in their diesel engines that produces a high amount of sulphur and other toxins. Even if you aren’t a conservationist, this is still a concern, as the shipping lines are charging a low sulphur fuel surcharge for lanes where they have to burn a better grade of fuel to meet environmental regulations. We no longer say ships are unsinkable. Accidents are rare, but they do happen. In 2013, the partially loaded M.V. MOL Comfort broke apart and sank off the coast of Yemen. She was an 8,000 TEU ship. Her sinking was determined to be a design flaw which allowed stress on the hull from ocean waves to break her back. The stresses on the larger hulls of the Post-Panamax and Supermax ships will be even great than what the MOL Comfort experienced.

Last year two container ships the M.V. Colombo Express (9,000 TEUs) and the M.V. Maersk Tanjong (7,000 TEUs) brushed against one another while transiting the Suez Canal. While they sustained minor damage and did little more trade paint, traffic was delayed in the area for hours. What would happen to shipping if one of these big ships sank in a channel, blocking it?

More and more containers are being unloaded at ports of call. Two ships can unload a great number of containers than what three vessels did in the past. Coupled with the recent slowdowns in West Coast ports, this is a situation that could quickly cause even further delays. Even without a port shutdown, more and more ships are seeing containers from other companies being co-loaded to insure a full vessel. These containers will face additional sorting once they arrive in port and are released, leading to further slowdowns of equipment and delivery.

These are all issues that will confront the importer and the consumer. At the end of the day, bigger ships are a reality. They are here to stay, as the shipping lines are ordering more big ships than ever before. They will require bigger thinking and bigger answers to capacity and infrastructure questions. 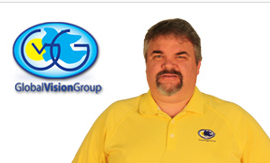 Steven Murphy is our Director of Sales and Operations for Global Vision Group. He has been with our company for 6 years and has been a valued asset. His hobbies include expanding his knowledge of World History, Ships, Planes and he enjoys traveling with his wife Natalia.